skip to main | skip to sidebar

Please go to Architects and Engineers for 9/11 Truth for further information about the individuals listed below (apart from Torin Wolf and Danny Jowenko). 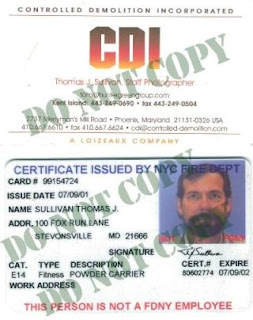 worked for Controlled Demolition, Inc. for almost three years before and during 9/11 as a Site Photographer and Explosives Technician. He is also licensed by the FDNY to handle explosives. His explosives technician duties included placing explosives in buildings to prepare them for demolition. His profile page at AE911Truth is here, and his in-depth interview at AE911Truth can be found here. 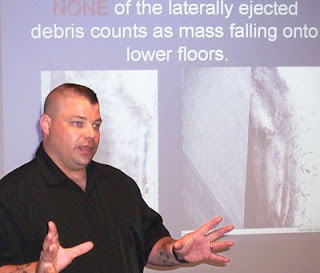 Bio: Have been working with explosives since Navy 1968, first with torpedoes and then became licensed commercial blaster first in Hawaii and then in California on August 17, 1988. AE911Truth profile page

Personal 9/11 Statement:
"In the Army Reserves I was trained in demolitions so I know what it takes to bring down a building in a controlled symmetrical fashion and what it looks like when it happens. As an aircraft mechanic, my knowledge of the properties of fuels, specifically Jet fuel (or highly refined kerosene), brings the conclusion that fires couldn't be hot enough to cause symmetrical structural collapse. Based on what I know, looking at it from various disciplines, it's obvious that all three WTC buildings collapsed due to pre-planned, well placed, precisely timed controlled demolitions." AE911Truth profile page 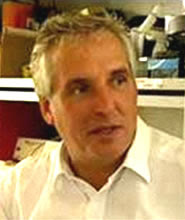 Owner of a Dutch controlled demolition company, over 30 years of demolition experience

Bio:
I have worked in the construction and demolition industry for 23 years. I run heavy equipment and help in the planning of demolition of building and factories around the country and in Buffalo, NY

I know what it takes to bring a building down, I am a 20 year member of local #17 of the Operating Engineers and often work for a national demolition company. I have worked at several nuclear facilities around the country including Connecticut Yankee, West Valley Demonstration Project and Rocky Flats."
AE911Truth profile page

Personal 9/11 Statement:
I am 100% sure the official story is a planned made up fantasy!
There is no way any of those buildings fell because of fires, it would take a lot bigger fires and a lot more time to drop one of those buildings -- like "days" not hours then when they did fall they would have dropped and contorted, not imploded. This was a planned demolition in all aspects, the planes were just a nice diversion from the "truth" and that is what these people fear the most! 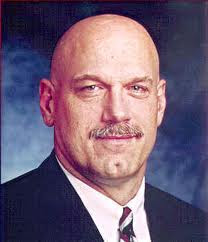 Bio: Project Construction Manager 15 years of heavy utility and Industrial construction experience, and 5 years of operations. I also have 10 years of project engineer experience in the construction of large utility power plants and industrial process facilities . In this capacity my responsibility exposed me to all phases of construction practices and procedures from demolition, civil, structural, mechanical electrical controls, and through startup and commissioning. AE911Truth profile page